The home health aide (HHA) fills a socially important role by visiting the private residences of elderly or disabled person to carry out a number of simple medical services, from checking the patient’s blood pressure to assisting them with getting dressed. By providing such basic medical care, the HHA enables the patient to live independently, without the need to reside in specialized healthcare facilities.

As the Baby Boomer generation moves further into the senior citizen years, there will be an increased demand for the services of home health aides. Yet, if current trends continue, a significant portion of the population in need of these services will have difficulty finding qualified HHAs who can communicate with them properly.

We’re referring to the Spanish-speaking segment of America. In 2013, the United States Census Bureau officially determined that 53.2 million persons of

origin were living in this country. For millions of these people, Spanish is the only language that they can speak at an advanced level.

The proportion of Latinos in the U.S. is expected to grow in the coming years, and some projections predict that they will become the largest ethnic group by the middle of the century. 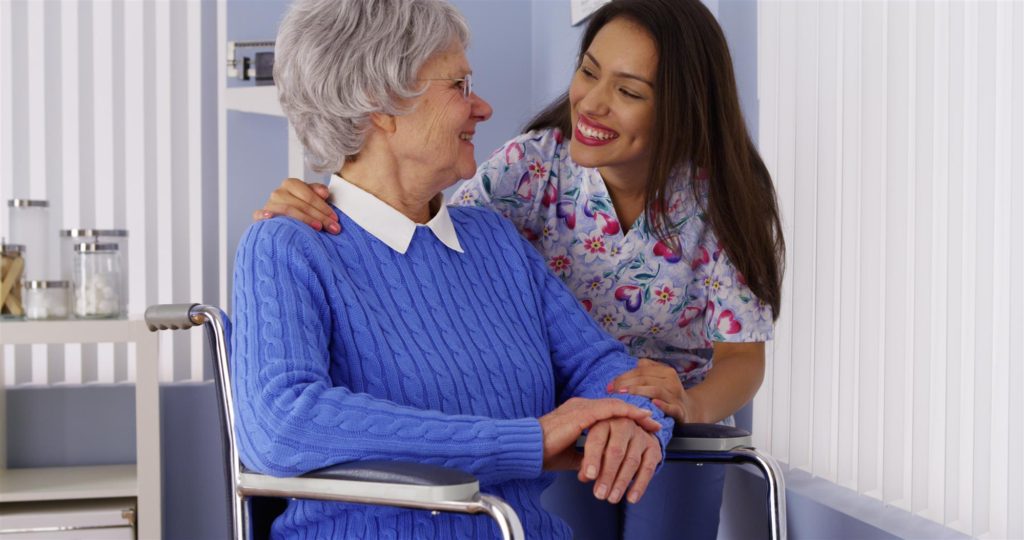 Why is this population boom posing such a serious concern to the medical sector? A 2007 survey conducted by the National Center for Health Statistics found that only about eight percent of HHAs claimed Hispanic origin. As a consequence, only a small minority of home health aides are capable of speaking Spanish fluently.

It is vital for the medical field to ensure that it has enough practitioners at all levels of care to communicate effectively with Spanish speakers. It’s worth pointing out that there are a number of other languages spoken in the United States—Chinese, Arabic, Russian, and many others—but Spanish is by far the most common language, after English. Therefore, the dearth of Spanish-speaking aides is a matter of especially pressing concern.

Although some non-Hispanic HHAs can speak adequate Spanish, in practice many find that their command of the language is too limited to be able to converse comfortably with native speakers. As a result, the aide is required to rely on a family member or a professional translator to be able to communicate with patients.

This is a poor solution to the problem, however, as it involves bringing a third party into a private conversation about confidential medical matters. Additionally, informal on-the-spot translating is prone to errors—which can be quite costly in a medical setting.

An HHA who is a native speaker of Spanish, or one who has achieved a high degree of education in all aspects of Hispanic culture, is also far more likely to grasp and demonstrate respect for sensitive issues unique to this ethnic group. Awareness of these issues is important for maintaining a healthy working relationship between the HHA and the patient.

As you can see, the demand for Spanish-speaking home health aides is based on demographic trends that will assume greater importance in the years to come. At ABC Training Center in The Bronx, NY, people who have strong knowledge of Spanish can acquire the skills and knowledge they need to take advantage of this demand for qualified bilingual HHAs. Please contact us if you have any questions about our home health aide classes.